Japan is fortunate to have several national museums spread across the country.  The National Museum of Japanese History in Sakura City, Chiba (just over an hour outside of Tokyo), is enormous, with amazing exhibits featuring every age of Japanese history.  It would probably take a full day, maybe even longer, to fully explore everything the museum has to offer.  I can’t say for sure because both times I’ve been to this museum I’ve run out of time and couldn’t see everything.

Situated atop a natural bluff that was once the site of Sakura Castle, the museum was opened in 1983.  The permanent collection consists of six major galleries, each focusing on a different period of Japanese history, proceeding basically in chronological order.  And, of course, there are constantly changing special exhibitions as well.

One of the many wonderful features of the museum is the audio guide.  Available at no charge in multiple languages, just input numbers displayed near each item in the various exhibitions to hear detailed background information.  There is some English signage in the museum, but it is the detail of the audio guide that really makes the museum experience.

The museum also contains a number dioramas–miniatures, mostly of historical structures or neighborhoods.  They contain so much detail that one could spend hours just examining them.  And doing so reveals so much about life in those bygone days. 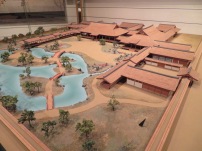 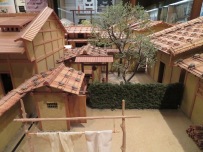 There are also several exhibitions with life size mannequins, in the costumes of various periods, and engaged in activities of that period.

Unfortunately, the first gallery is currently closed for renovation, reopening in Spring 2019.  That is the gallery containing exhibits on ancient Japan and on archaeology in Japan, including a number of amazing dioramas of ancient burial mounds, many of which still exist today.  Instead, visitors before that have to content themselves with beginning their study of Japanese history in Gallery 2, which covers the eighth to sixteenth centuries.

This was the beginning of Japan’s “high culture”, when arts and literature were on the rise.  And the exhibits convey that history extremely well. 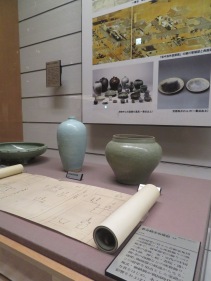 But it also contains exhibits on the lives of every day people: farmers, artisans and craftsman, as well as displays on festivals and community events.  Some of these exhibits portray images and activities only to be seem in museums like this one, while others are redolent of practices that continue even today.

This is also true in the Gallery 3, focusing on the Tokugawa period of Japan’s history, the time when Japan was famously closed to outside influence. 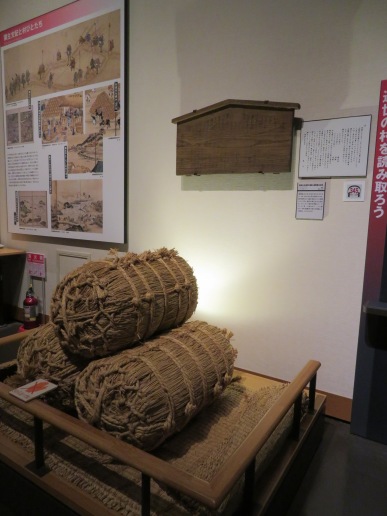 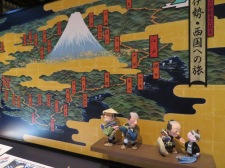 Gallery 4, with its displays on “folk cultures”, also includes images still to be seen today, especially items relating to festivals and practices relating to superstitions.

Galleries 5 and 6 cover Japan’s modern history, from the Meiji Period that began in the mid-19th century through the 1970s, when Japan’s postwar recovery was in full swing and Japan began to enjoy prosperity.

Even in the absence of Gallery 1, this museum offers over a thousand years of Japn’s History:  accessible, educational and fascinating.

Like any self-respecting museum, there is a gift shop where visitors can buy mementos of their day.  Nearby is a small restaurant with some delightful lunch choices.  Diners can enjoy views out toward the castle park.

Yes, there is also a castle park adjacent to the museum, containing remnants of Sakura Castle, mostly just stone walls, dry moats and sign boards explaining some of the structures that once stood.  At one high spot looking westward, supposedly both Tokyo Skytree and Mt. Fuji are visible…if it’s a clear day.

On the opposite side of the castle park from the museum is the Botanical Garden of Everyday Life, an herb garden affiliated with the history museum.  Unfortunately there is no English available here.  But dedicated horticulturalists will doubtless recognize a number of the Latin names of plants.  And like any such garden, it is different in each season, but always with something to see. 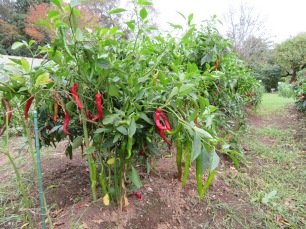 The National Museum of Japanese History is open Tuesday through Sunday 9:30 am to 4:30 pm (5:00 pm March through September).  In case of national holidays on Mondays, it is open and closed the following day instead.  It is also closed from December 27 through January 4 every year.  Admission is JPY420 for adults, JPY250 for students over 16, no charge for those younger than 16.

The Botanical Garden of Everyday Life is open daily from 9:30 am to 4:30 pm.  Admission is JPY100.  Entrance to Sakura Castle Park is free.

The museum is a 15 minute walk from Keisei Sakura Station, or a 15 minute bus ride from JR Sakura Station.  There is also an express bus service from Tokyo Station that takes approximately 90 minutes.  Catch the bus to the museum at 9:55 am from the Keisei Express Bus Stop No. 3 (same bus stop as “Tokyo Shuttle Bus” to Narita Aiport) on Sotobori-dori, about a five-minute walk from Tokyo Station’s Yaesu North exit.  The return bus departs from the museum at 3:00 pm.