August in Japan is always a time when television programming is replete with movies and documentaries about World War II.  It was on August 15, 1945 (JST), that the Japanese officially surrendered to the Allies, thus ending the Pacific War.  That fact, combined with the fact that August is traditionally a time when Japanese people honor their dead, make August the most appropriate time to remember “the war” and think about peace.

Following the ignominy of defeat, many Japanese embraced the concept of peace.  At the same time as the country was rebuilding after the destruction wrought by the war, many people contributed to the erection of statues of Kannon, the Buddhist goddess of mercy, as symbols of their fervent desire for lasting peace.

The city of Kawasaki went a step further, creating the Kawasaki Peace Museum (Kawasaki Heiwa-kan) as a center for understanding war and its causes in an effort to promote peace.  Through September 1, 2019, in addition to its permanent exhibit, the museum is hosting a special exhibit on the atomic bombing of Nagasaki, a typical August commemoration of the end of World War II, but also an opportunity for people in the Tokyo area who cannot make it to Nagasaki, to see something of the devastation suffered by that city. 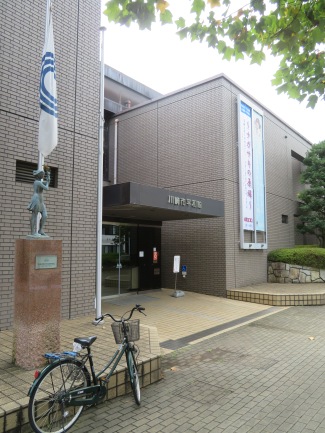 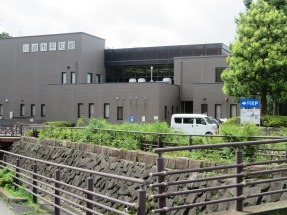 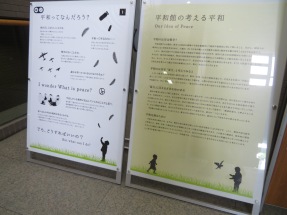 The Kawasaki Peace Museum is located in the northwest corner of Nakahara Peace Park (Nakahara Heiwa Koen).  Both admission and audio guides in Japanese, English, Chinese or Korean, are free of charge.  Prior to the end of World War II, the Tokyo Aircraft Instrument Company operated a factory on this site.  During the postwar occupation, it became the U.S. Army Publication Center. 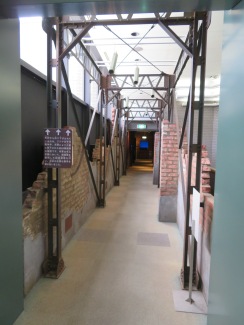 The date of the museum’s opening was chosen deliberately.  April 15, 1945, was the date on which much of the city of Kawasaki was destroyed by U.S. air raids.  The second floor walkway leading to the museum’s permanent exhibit is designed to look like a bombed out factory building.  Overhead hang models of the incendiaries dropped by low-flying American bomber planes.  They don’t look like much, just small metal tubes, but visitors soon see the kind of damage they caused.

Then and now Kawasaki is the site of major industrialization, rendering it an appropriate military target.  Unfortunately, in Japan industrial areas and residential areas are not clearly demarcated, resulting in substantial civilian casualties whenever incendiary bombing occurred.  In Kawasaki alone, more than 37,000 homes were destroyed and more than 100,000 people were killed or injured.

The first gallery of the permanent exhibition is a small theater, playing a video with black and white footage of the bombings–both bombs falling and the resultant fires–, interspersed with interviews of eyewitnesses, many just adolescents at the time (their age in 1945 is displayed on screen as they speak), now graying with age.

There is no subtitling or dubbing of the video, so most of the time there is only Japanese narration, although there is also one interview with an American airman (only 19 in 1945) who tells of what he witnessed from the air.  One of the Japanese witnesses talks of how, due to the frequency of air raids, everyone slept in their clothes. 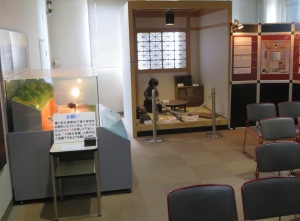 Even visitors who don’t understand the words spoken will want to see the footage.

At the back of this room is a reconstruction of one room of a typical Japanese home during the war years.  Note the helmet, essential in those days of unpredictable bombings.  Nearby is a diarama of caves dug into a hillside to provide shelter during air raids.

The next gallery is entitled “Japan and War” and surveys Japan’s war history from 1840 to 1945.  It almost seems that after 250 years of peace during the Tokugawa Period, Japan embraced war from the middle of the 19th century. This gallery contains display cases with various military-related items as well as several video screens running stories of the war-time experiences of conscripts, including both Japanese and Korean men.  Here, too, the vintage footage makes the videos worth watching even if you can’t understand the narration.  Be sure to listen to the audio guide through this gallery as the narration relates the tragedy of war and makes an effective case that war is too costly to be waged at all. 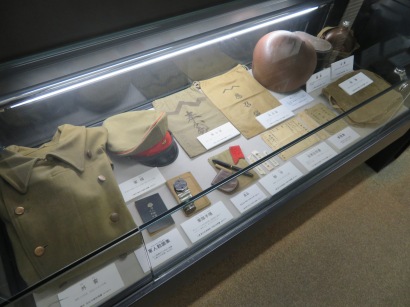 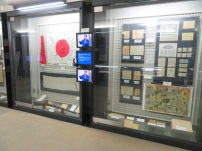 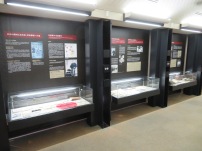 The exhibits that follow focus on war more generally, rather than Japan’s experience with it.  There is another small theatre running a movie on modern wars and their human impact.  To help locals appreciate this more, there are also segments contrasting the current comfortable Japanese lifestyle with the way people in conflict zones are forced to live, an important message on the cost of war and the benefits of peace.

There is also a display on weaponry and its “advancements”, including more videos.  Push a button near the displayed globe to “drop a bomb” and see how widely radiation would spread in the event of a nuclear bombing today. 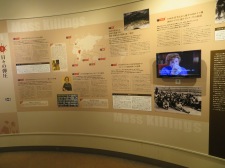 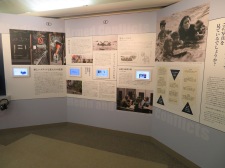 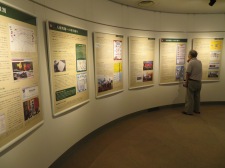 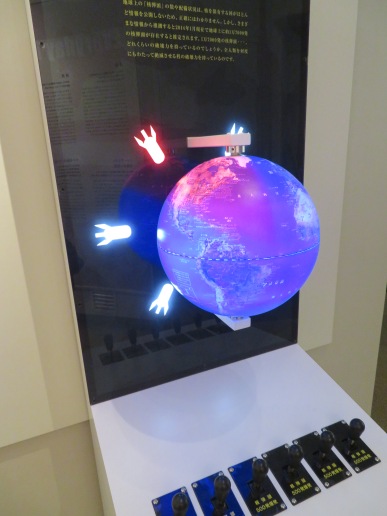 Other displays examine “nationhood and conflict”, mass murder and repression.  Among the videos in the section are recollections by holocaust survivors.  Keep listening to the audio guide for more detail!

The next three galleries examine modern conflicts, the role of media in conflict, and how poverty, discrimination and environmental degradation lead to conflict.   The displays are quite heavy on charts and statistics, all in Japanese, making it difficult for visitors who don’t read Japanese.  Fortunately, the audio guide continues to provide useful and relevant information throughout.  The section on the role of media in conflict demonstrated how facts can be either reported to inform the public or distorted to manipulate the public and conclude by making a call to visitors to strive to develop their own analytical ability to avoid being influenced by demagoguery.  It’s hard to argue with that message!

The final gallery of the permanent exhibit examines efforts at peace, again encouraging visitors to consider their own role in the promotion of peace.

Back on the ground floor, there is a small exhibit made to look like an underground air raid shelter.  It is a relatively small, dark tunnel.  At one point, there is an opening onto a diarama showing Kawasaki in flames, with different fires appearing as bombs are dropped.  Another similar opening contains a display of the kind of items people would have had with them in such a shelter–a helmet, a kettle, a canteen.

Finally, if you visit during August, be sure to visit the Nagasaki special exhibit in the auditorium.  These are images and items that appear to have been borrowed from the Nagasaki Atomic Bomb Museum.  While it is not as extensive or impactful as the displays in Nagasaki, there is enough to have a strong, sobering sense of the devastation and suffering that resulted from the detonation of “Fat Man” at 11:02 am on August 9, 1945. 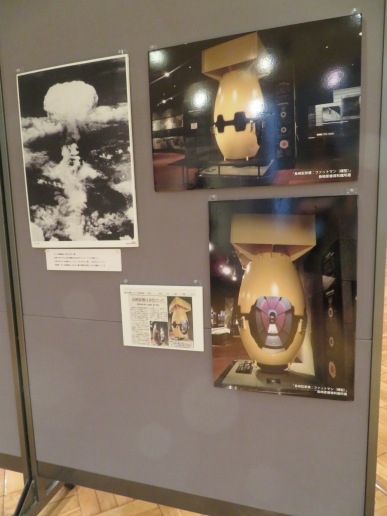 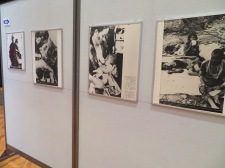 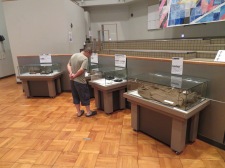 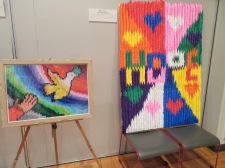 The exhibit also includes artistic depictions of the horrors experienced in Nagasaki and drawings and other art by school students promoting peace, a strong effort to conclude the exhibit on a positive note.  This is no more than one would expect in Kawasaki, which declared itself a peace city in 1982.