Manga and anime are features of modern Japanese culture that have become popular worldwide. Many visitors to Japan seek out the manga culture and even actual places associated with manga, in a sense, seeking to bring the manga to life.

While manga have been around as an art form since the late 19th century, arguably developing from earlier similar works, the popularity of the genre has particularly risen in postwar Japan.

One of the manga artists most responsible for this is Tezuka Osamu (1928-1989), who is often referred to as the godfather of manga. Earlier this year a replica of the decrepit apartment building where Osamu and other manga artists formed a colony in the 1950s was opened as a museum and now a live action adaptation of one of Osamu’s darker/edgier works is also screening in theaters across Japan.

Tokiwa-so: a colony of manga artists in the early days

Tezuka began drawing and publishing manga even in high school and by the time he was training as a physician he had already developed one of his most enduring and endearing characters: Astro Boy. In 1953-54 (still relatively early in his career), he lived in Tokiwa-so, a pre-war two-story wooden apartment building in Tokyo’s Toshima-ku.

Tezuka’s neighbors in the 18 unit building included one or two other manga artists. When Tezuka moved on in 1954, he offered his room in the building to other manga artists who did the same when they moved on. The building became a bit of a manga artist colony, with the tenants sharing not only ideas and mutual support but also kitchen and toilet facilities. There was no bath in the building; everyone went to the neighborhood bath house instead. For a telephone, they used the public phone booth on the street nearby) . 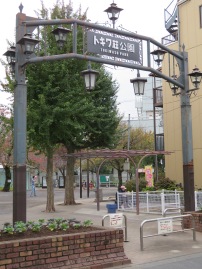 The original Tokiwa-so was torn down as obsolete in 1982. But, thanks to the popularity of Tezuka and his fellow manga artists, the building has been lovingly recreated in all its 1950s/60s decrepitude, right down to the vintage urinals and moldy bread in the kitchen! 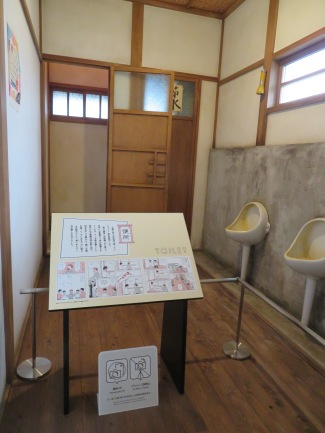 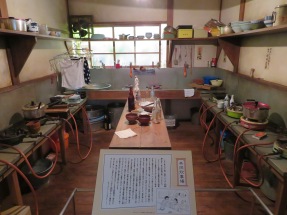 Visitors can step into Tezuka’s former room, as well as the rooms of his fellow artists, and see for themselves how everyone lived and worked. 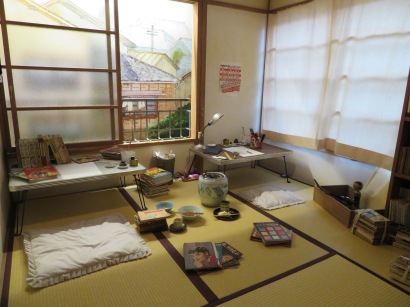 One room has been turned over to a general history of the neighborhood during the immediate postwar years, too. The black and white period photographs make this an interesting time capsule!

The ground floor is a gallery known as Manga Lounge, the walls covered with colorful vintage and contemporary manga, mostly by past residents of Tokiwa-so. The center of the room is dominated by scale models of the building as it was in the 1950s/60s.

Half of the ground floor is also dedicated event space.

Tokiwa-so (officially, Toshima City Tokiwaso Manga Museum) is just a few minutes walk from Exit A2 of Ochiai Minami-nagasaki station on the Toei Oedo subway line. During the pandemic, they are asking visitors to reserve in advance to facilitate suitable social distancing. Note that the reservation form is only available in Japanese.

While you’re in the neighborhood, take a bit of time to meander along the nearby street, Tokiwaso-dori, which has several other manga-related sites and shops.

Similar to British writer, Roald Dahl, Tezuka wrote both for children and for adults. 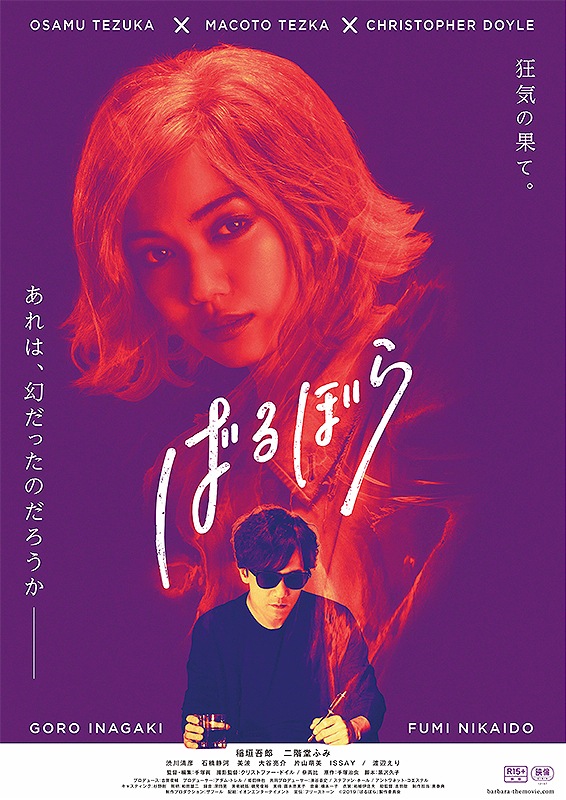 One of his edgiest adult manga, Barbara, was serialized in the mid-1970s. It is a dark tale, said to be loosely based on Offenbach’s Tales of Hoffmann. Apparently some took the work as an allegory for the madness of modern times.

Tezuka’s son, movie director Macoto Tezka, has produced a live action version of his father’s work that has just been awarded the Golden Bat (best picture) at the Italian Fantafestival. The movie is opening in Japanese theaters today (November 20, 2020). The timing is no coincidence, as Tezuka Osamu would have been 90 this month.

The movie tells the tale of a successful novelist who descends into madness with sexual perversions, surreal fantasies and his own personal muse who turns out to be an actual Muse. Its edgy jazz soundtrack adds to the dark effect of the tale.

Personally I do not care for such dark works, with that level of personal violence and depravity. But I have to admit the movie causes me to wonder what is going on in the minds of hundreds of thousands of urban train commuters as they read these manga on their way to work in the mornings! Another puzzling piece of the Japanese jigsaw!