Now, as sake rice wine, the quintessential Japanese alcoholic beverage, has become more deep and diverse, it is being exported to France, a country notoriously an exporter of wines.

Earlier this month, I was recently fortunate to join a special tasting of five premium sake brands prior to their launch at Michelin-starred restaurants in Paris.  The sakes were all limited editions, each distinct and, of course, delicious!  They are sure to be a hit! 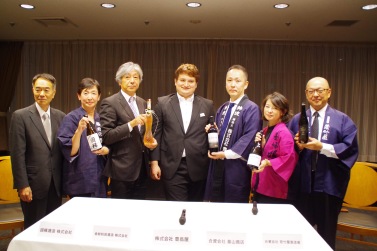 I think my personal favorite was the Kiyama Junmai-Daiginjo, “Selection Parcellaire” from Saga Prefecture.  It was light and fruity.  I could imagine sitting on a veranda in Provence sipping a chilled glass on a late afternoon in summer.

Also singular was the brandy-like aged sake from Akita: Yamabuki. This one could easily be sipped after dinner while sitting beside a crackling fire in the fireplace.  To lend to its classy-ness, it was bottled in a distinctive crystal-like decantur. 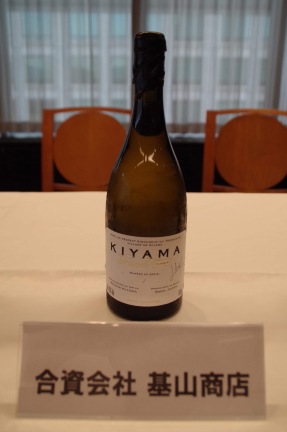 The remaining three sakes–Wakatake from Fukuoka, Miwatari from Nagano and Kunimare from Hokkaido–each had distinctive flavors and bouquets.  I can imagine French chefs designing dishes to pair with these drinkable wines–and having a great time doing it!  Probably enjoying it as much as their patrons will enjoy these sakes with their meals.

While these sakes were, apparently, developed and designed for export to the demanding market of French Michelin-starred restaurants, they are, of course, just the tip of the iceberg of excellent sakes now available in Japan and, increasingly, internationally as well.  Lucky us!