The city of Karatsu in Saga Prefecture has been a center of ceramic production since the end of the 16th century.  While all manner of dishes are produced, the Karatsu style of pottery is particularly well known for its tea ware–dishes used for traditional Japanese tea ceremony.  On March 10, 2020, a new museum featuring three generations of Nakazato Taroemon kiln Karatsu-yaki is opening just a few minutes walk from Karatsu Station.

The Ochawangama Pottery Museum will feature works by four generations of Nakazato potters. Since each Nakazato potter takes the given name of Taroemon, it’s simplest to refer to them by their generational number.  Even the current Nakazato Taroemon (Number 14) speaks of his ancestors and their work that way.

The museum is located in the renovated minka (traditional style) home of Number 11.  Some interior features of the original house have been retained while most of the internal partitions have been removed to open it up.  Look through the latticed ceiling to see the original rafters above. 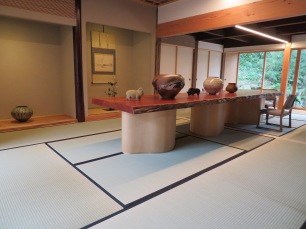 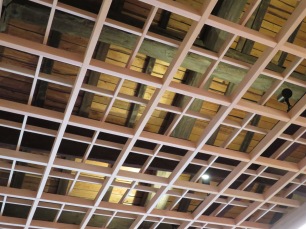 In one half of the museum glass cases contain some of the finest work of the latest four generations of Nakazato potters. With a bit of study, it’s possible to discern the distinctive styles of each.  For example, Number 11 drew pictures as well as creating ceramic works of art. Both types of his art are on display. Number 12 was not only a skilled potter, but also a fine sculptor, and there are many ceramic figures on display that are his work.  Number 13, in his turn, often made large platters and other pieces adorned with etchings of fish in styles that are distinctively his own.

Next to the minka stands a traditionally-styled kura or fire-proof warehouse which contains glass cases containing some of the oldest pieces  in the exhibition.  Look closely at a couple of the older pieces in the warehouse to see fine examples of kintsugi (golden joinery), the practice of using gold-dusted lacquer to repair broken pieces considered too fine to discard.

Across the road from the new museum is the kiln’s original gallery and shop, a chance to gain further appreciation of the work. Even this road, known as Ochawangama-dori, contains symbols of the pottery production that has been a feature of this neighborhood since the early 18th century, ceramic tiles with designs by Number 13 have been laid together with the brick-like pavement. 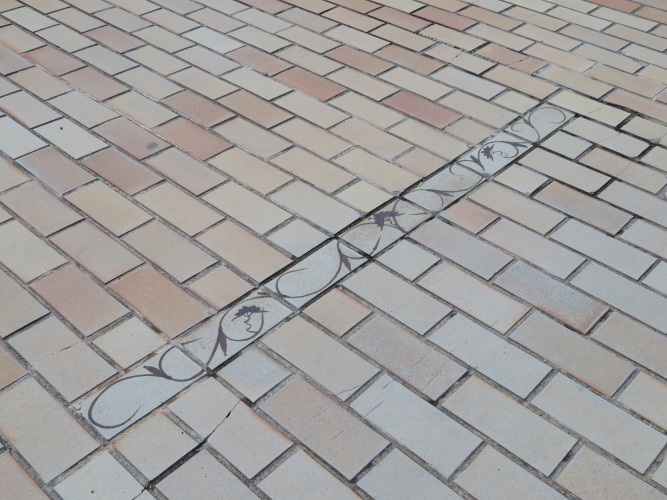 The items in the original gallery are among the best works of number 14, and his father, number 13, items made in a range of styles and glazes.  Again, generational differences in style are also apparent.  Number 13 was especially fond of decorating his larger pieces with a swathe of turquoise glaze and images of fish.  Number 14 tells tales on his father, revealing that his father would use a dead fish as his model.  (Number 14 has some decorative carp in a tank in his workshop and uses those as his live models when decorating using fish.) 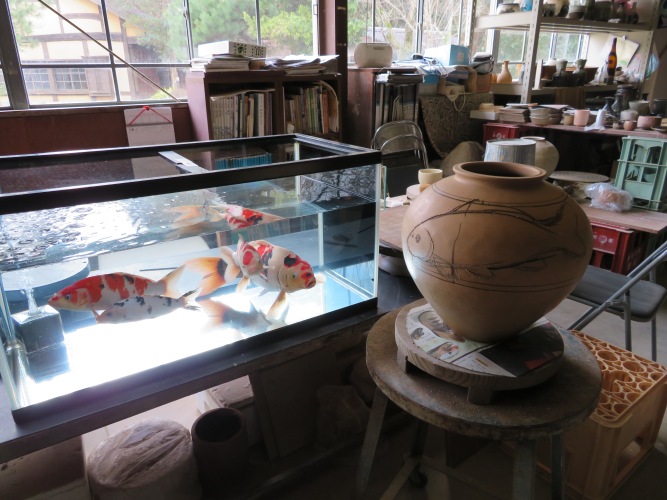 Various products of the kiln are available for purchase in the kiln’s shop.

In the walled garden in front of the the shop is a large ceramic dharma figure made by Number 12, a very distinctive piece of artwork.

The Nakazato kiln is welcoming to visitors.  Wander in the neighborhood.  Up a slight incline from new museum is the climbing kiln built in 1734 by the fifth generation Nakazato potter.  While no longer in use, it is the oldest surviving climbing kiln in Japan.

Number 14’s private workshop overlooks the old kiln.  This is where he does some of his most creative work.  Number 14 acknowledges that when he’s creating his most artistic works on a wheel he prefers to work on a 200 year old foot-operated wheel, rather than a mechanical one.

Number 14’s creativity extends beyond his ability to turn lumps of clay into works of art.  He’s also credited with devising a mechanism to dissipate the smoke from his wood-fired kilns to avoid disturbing his neighbors–this area had no neighbors when the Nakazatos moved here in 1707. 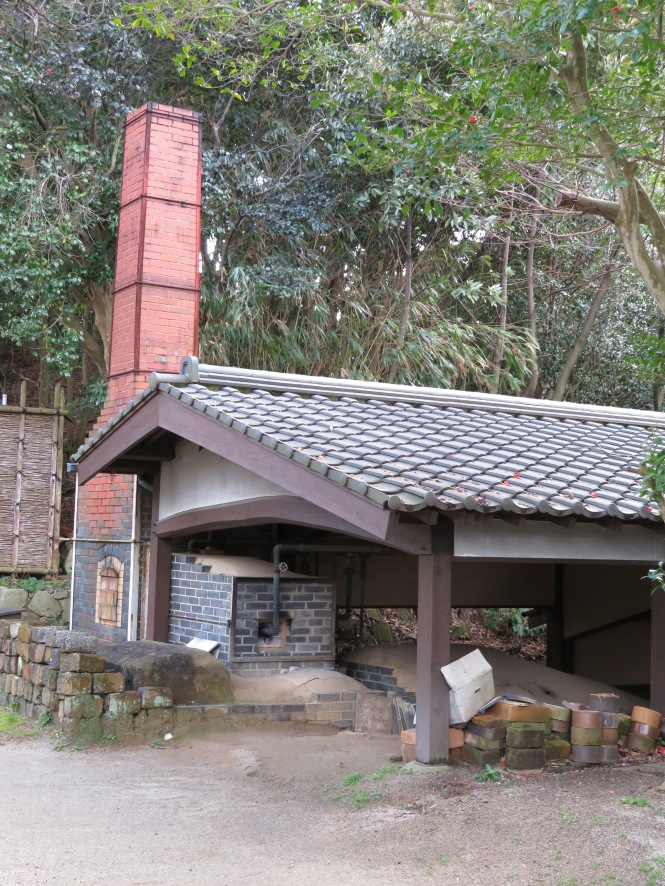 The Nakazatos have four functioning climbing kilns and a large workshop producing commercial-grade dishes as well as unique pieces. 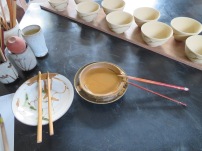 The Nakazato kiln is a fascinating spot both for its history and its art.  The opening of the new Ochawangama Pottery Museum makes it doubly worth a visit.