Jiyugaoka has a reputation for being a trendy area to shop, dine and relax with friends.  Its narrow brick or stone-paved laneways lined with shops and eateries are inviting to pedestrians.  One could spend hours meandering here.

This week-end (September 1-2, 2018), however, suburban Jiyugaoka returns to its agrarian roots as its local shrine celebrates the beginning of the harvest season and honors the gods for their gifts.  I dropped by earlier today, as the festivities were just getting started, to learn more. 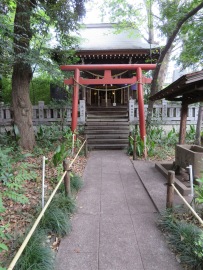 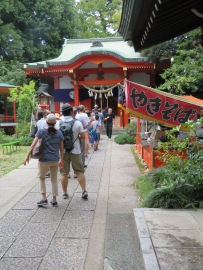 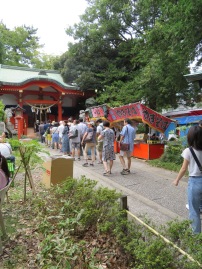 Kumano Shrine sits atop a small hill just minutes north of Jiyugaoka Station.  It is a satellite of the great Kumano Sanzan shrines of Wakayama Prefecture, famous for the World Heritage-listed Kumano Kodo pilgrimage route.  While the parent shrines have more than 1,500 years of history, the Jiyugaoka shrine dates to the late 18th century.  Nonetheless, it enshrines the same deities, which it celebrates every year in September.

It’s difficult to say that this festival is necessarily special or different from the harvest festivals being celebrated at various shrines across Japan, but that in no way detracts from the fun or interest that the event holds.

Shrine festivals always involve a parade through the streets with o-mikoshi, portable shrines.  Each little neighborhood around a shrine owns and maintains its own o-mikoshi, or sometimes more than one.  Often there is a miniature version for children–a wonderful way to introduce children to the tradition–as well as the “real” one. 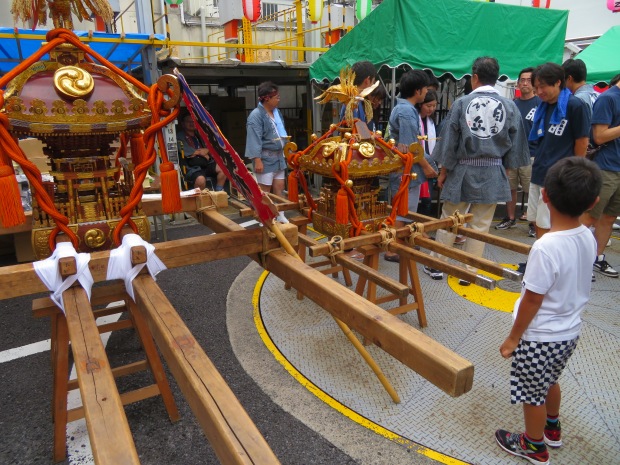 The basic idea is that the deity is transferred from the main shrine, where it usually resides, into the o-mikoshi, and carried around the neighborhood, effectively making house calls.

In our modern age, some people still take that tradition seriously, while others are just having a good time drinking and parading.  Usually each group has its own livery–matching happi coats or t-shirts.

In Jiyugaoka, an o-mikoshi parade is to take place in the afternoon on both the Saturday and the Sunday.

Before parade time, the o-mikoshi is set up and admired by all.  Sacred objects–including sake, salt and rice–are also on display, effectively preparing the atmosphere. 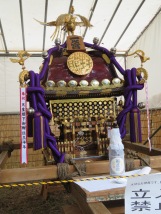 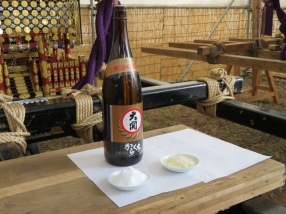 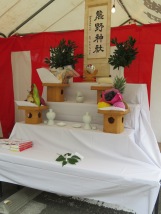 The parade routes are marked out with paper lanterns and festive banners.  After nightfall, the lit lanterns will also contribute to the overall atmosphere. 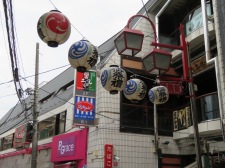 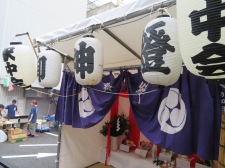 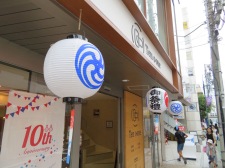 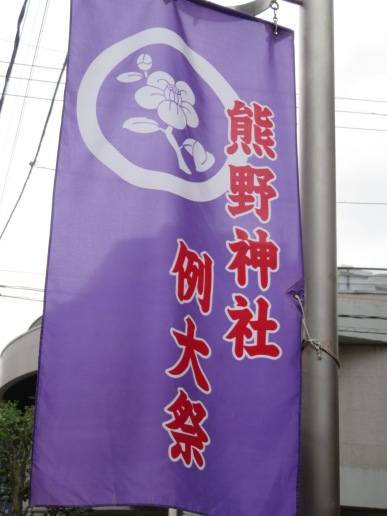 In Jiyugaoka, there will be drum performances in the evening on both days of the festival in an early 19th century style known as Meguro Bayashi.  This style, featuring small drums and a high-pitched flute/whistle, actually originated in this local area and was especially popular in the latter half of the 19th century.  The performing troupe is a group dedicated to preserving the style both by performing at events such as this festival and through teaching drumming to school groups. 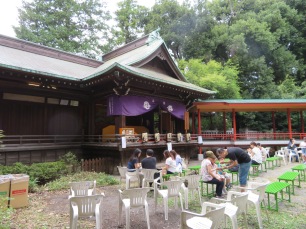 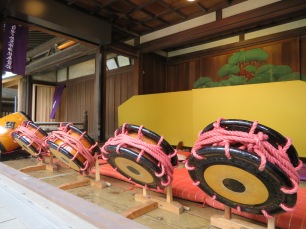 It wouldn’t be a festival without food and games!

Lots of itinerant vendors have set up stalls on the shrine grounds to feed the masses.  Festival favorites include yaki soba, okonomiyaki, grilled chicken, grilled squid, octopus balls, and grilled mochi rice cakes.  And those are just some of the savory dishes! 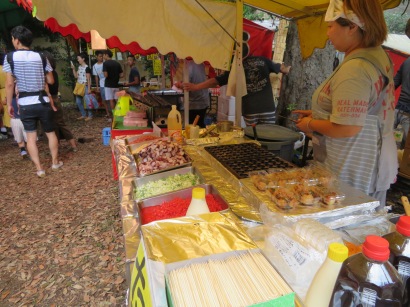 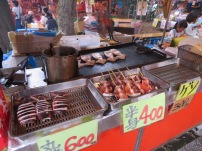 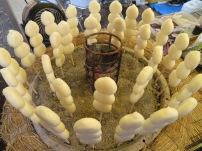 On the sweet side there’s chocolate-covered bananas, candied fruit on sticks, and shaved ice covered with your choice of syrup flavors. 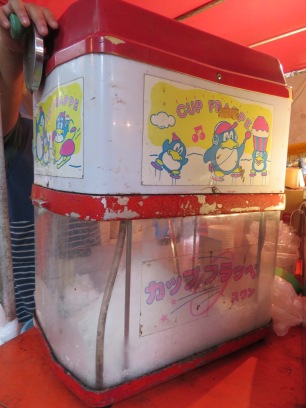 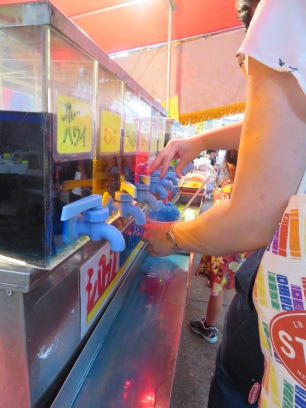 Other stalls offer games and amusements–a chance to win a prize to take home as a memento of the day. 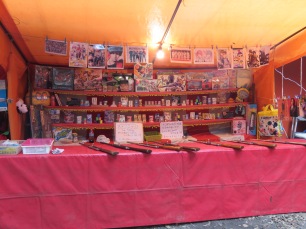 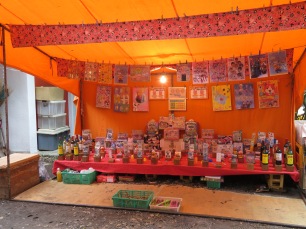 Whether you manage to pay a visit to this particular festival or find another one in another corner of Japan, look for these features, and enjoy!